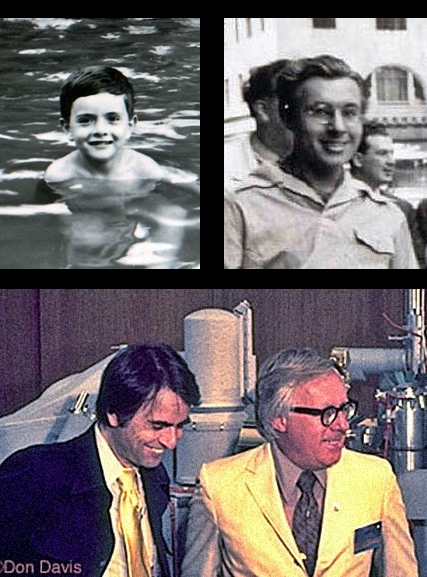 Light exploded around the sky in flashes of blue ice and dragon’s fire red, orange phosphorescence and acid greens. The crowd, thousands thick and thronging the great plaza, all watched together. The celebration was for the achievements of the human race, for all of their hard work, all of their dreaming and hoping. All of their sweat and calories had come together to erect this celebration of modern civilization.

A World’s Fair stood to remind them that the future was something to be hopeful about; something that could portend peace and endless prosperity in a darkening and economically depressed world. Amongst the sea of humanity present in the great Court of Peace, stood a blonde haired young man. He looked up into the formally dark skies above Queens and took in the spectacle, breathless. On his softly rounded face, under wire framed glasses, tears rolled down his cheeks. They focused the light of the fireworks like prisms, each drop reflecting in miniature the curvature of the world in a riot of rainbow color; dripping off of his face and splattering quietly upon the pavement.

The young man understood instinctively what the throngs around him did not…that the fireworks predicted war. War on a scale never before seen. War fought with weapons that the science fiction authors he loved warned about. He could hear the sound of gunfire in the air; smell the rusty red of human blood. Lead entering human skulls, bayonets stabbed into grunting soldier’s guts; bombs screaming down from the sacred sky, the conflagration consuming homes and children and all of the dreams they had.  So much horror and he now old enough to have to participate in the nightmare play—his role surely short and lacking in applause.

The heartbeat short tension between his muffled sobs drew the attention of a little boy nearby. His mop of dark brown hair and piercing eyes where instantly visible under the sparks of illumination overhead; sitting on his father’s shoulders, he looked backward towards the crying man-child; wondering dimly in his six year old mind why he was so sad—especially with all of the beautiful fireworks all around! He wanted to provide comfort, but the how and why was a little sketchy, and besides, there was so much to see and even more to do.

The architecture of the future was here in its ivory white splendor, the cascades of fountains, the bright lights of neon and the setbacks of Art Deco. For the makers of the Fair there was no other possibility—the future was clean and well organized. No one could have really foreseen what the real future would look like; charcoal black and mounds of seared human flesh. Thick black smoke hanging in a pall over Western Europe. The crush of rubble and smoldering battleships in Hawaii. The weird glow radiating from the leveled streets of Hiroshima.

The fantasy of universal peace was consumed in flame like rest of the world, yet…

The war did end. The poets began to dream again and search for answers to lingering questions: all the deep and troubled things; atomic weapons which hung over the world like a steel fist, America stewing with bitter fear of all things different, of ideas “unnatural,” with the poets digging too deep for truth.

The young man takes off his glasses and wipes away his accumulated tears. He’s afraid, he’s worried—but inside his conflicted heart he also feels that things might yet be better. He understood instinctively that the end of things can also be strange new beginnings as well. He will write down these feelings. He will chronicle and map the human heart and the human spirit. He will forever alchemically transmute summer into solid gold and make Martians in man’s own image. He will inspire a little boy who sat on his father’s shoulders at the World’s Fair…

The little boy’s father hands over a bright red apple to a scruffy fellow with torn knees on his wrinkled pants, his hat brim stained yellow with sweat. The little boy is upset that his father has given away his apple, even though he did not want it. His father explains—and he understands, for the apple will feed that man because he is hungry.

The little boy will have ideas. He will have wonderful theories. He will change lives. He will feed minds like his father fed bellies. He will one day meet the crying boy from the World’s Fair, though the boy is now a man, gray haired but still bespectacled. They will talk and share notes.

Their combined dreams will lead to a planet around Alpha Centauri, where the footfalls of a young woman will be seen by an adventurous human species out in the Cosmos; dipping their toes into the deep end of the pool, taking to task the fever gifted them by those two boys at a World’s Fair, back on planet Earth in the ancient year of 1939.

And a hundred hundred light years out, a being unlike man turns a radio antenna towards a pale yellow star and in-between bursts of staccato static, an image forms on a glowing rectangle of plastic. On it appears a being speaking to a crowd, intoning:

“And so, my friends, the time has come for me to announce with solemnity, perhaps, but with great happiness, a fact: I hereby dedicate the New York World’s Fair of 1939, and I declare it open to all mankind.”