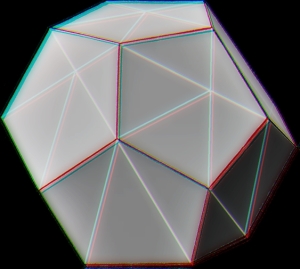 Words can barely describe how much I love the book Contact. Carl Sagan gifted the world a vision of the human experience in the cosmos where it could find a place, a home, in the grand scheme of nearly infinite space. He understood that we reach out to touch each other through love. Love is the one emotion that can bind us together as one human family.

In Contact the human race receives a message coming from the star Vega. Eleanor Arroway, an American astrophysicist, leads the team behind the discovery. She heads the project that processes the signal and determines its meaning and origin; it containing prime numbers and a hidden data set that contains instructions for the construction of a machine. The entire planet is awed by the stunning news she helps to discover.

The machine project is approved by the public and the United States and Russia attempt to each build one of these devices. The American “Machine” as it is called is destroyed and the Russians are unsuccessful in their attempt. Only a secret third machine is complete and operational, built by the Japanese (through the auspices of S.R. Hadden, a Elon Musk-like billionaire).

Arroway and a team of four other humans representing the nations of Earth, are seemingly sent to the center of the Milky Way where they are each greeted by a “person” that they find personally important. Arroway sees her deceased father, a man whom she deeply loved and in whom she found inspiration throughout her life and career. Her father is an effect an alien that explains to her the nature of the message and other hints to the creation of the universe-

“You’re an interesting species. An interesting mix. You’re capable of such beautiful dreams, and such horrible nightmares. You feel so lost, so cut off, so alone, only you’re not. See, in all our searching, the only thing we’ve found that makes the emptiness bearable, is each other.”

The elegant truths that guide the day to day lives of people on Earth are simple. We want to be treated how we need to be treated. The “golden rule” exists in all cultures and almost all religions: we have an evolutionary need to be treated with loving-kindness. The magic books tell us this but with a caveat, that only through the power of the sky god can we achieve this.

But that is not true. We as humans can achieve amazing things; the power of human love can overcome the petty hatreds of our religions and ethnic subdivisions. We are great in spite of ourselves! Imagine a world without judgment, without prejudice, a world where the basis of your heart, not your “god” is what makes you, you.

Carl wrote in Contact of a world where the mullahs and priests spoke out in fear of the message we received from ‘out there’. They did not comprehend that the imaginary voices in ancient texts could not compete with a real voice from the heavens.

The desire to make contact with the universe is a direct extension of our deep seated need to connect with each other through our words, our actions, and our ideas. The limitless expanses of the Milky Way can horde an infinity of worlds with life of unbelievable complexity, with technology like magic and minds far more advanced. But in the entire multitude there will never on any of these worlds be other human beings.

Earth is our only home. We need to care for it as grown children care for their aged mothers and fathers. It carried us to term and raised up from amino acids, its skies protected us from radiation and secured the water and oxygen necessary for our predecessors to encourage our evolution. We hang on to the surface of this world while tentatively reaching out to other worlds beyond. Out there is vastness.

But we are not lost in this vastness because we have each other. One day we will reach out with trembling tendrils of radio or ultra-tight lasers, or some other technology not yet invented- and make contact with the other intelligent species I’m sure are out there. There are no crazy ideas, only the hope of discovery.

Contact ends on a mixed note. We find out that Dr. Arroway’s father is not her biological father. Perhaps Carl does this to show that we are products of our upbringing, not of our genetics. He also alludes that the other species in our galaxy are attempting to slow the expansion of the universe by bringing in more mass from another dimension and that the “creator” of the universe had hidden a message in Pi.

I often ponder the meaning of this shift from basic science fiction to a more esoterically conceived notion about the nature of our existence. Did Carl think that the sum total of the cosmos was a little too expertly crafted, requiring a maker? Or did he give this little nugget as a spark for conversation and only conversation? I don’t know. But as he says at the end of the book:

“As long as you live in this universe, and have a modest talent for mathematics, sooner or later you’ll find it.

It’s already here. It’s inside everything. You don’t have to leave your planet to find it. In the fabric of space and in the nature of matter, as in a great work of art, there is, written small, the artist’s signature.

Standing over humans, gods, and demons, subsuming Caretakers and Tunnel builders, there is an intelligence that antedates the universe. The circle had closed.

She found what she had been searching for.”

I hope that the human race will find what it has so long been searching for. Part of it is out there among the hydrogen gas clouds and neutron stars, but part of it is also here, in our hearts.