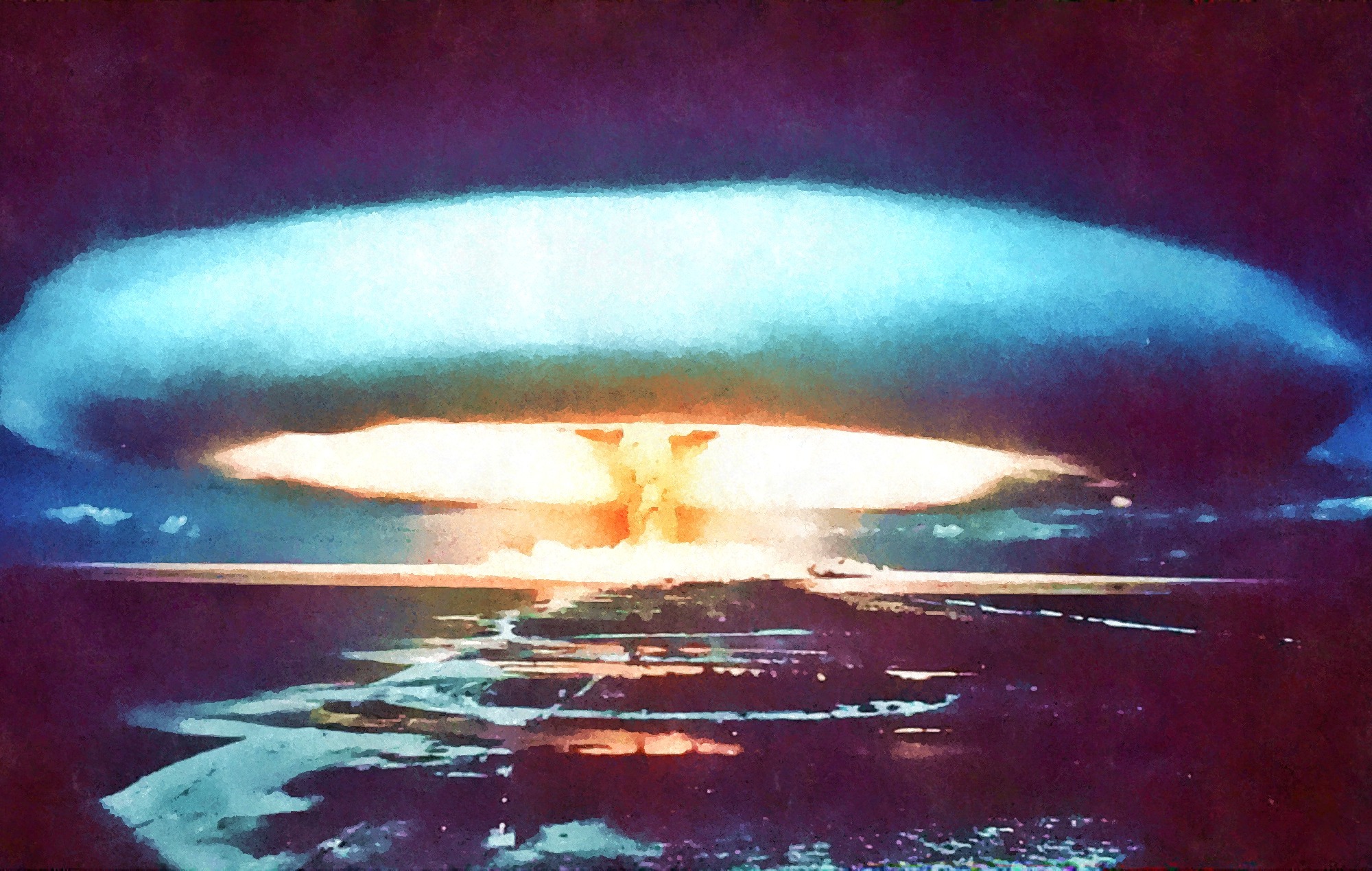 I recently had one of the most vivid dreams of my life. I was standing on a boardwalk in what may have been a city Like New York. Out in the bay a cascading series of nuclear explosions occurred. To say it was startling is an understatement. Here is a poem about it:

In the harbor, far out where boats

seem to disappear across the horizon line

I could see through rain, the ocean swelling.

It was falling heavily, but the sky was still

clear several miles out from shore.

How do you describe something

that you have never seen before

The ocean swelled up, apparently boiling

and the rain kept falling.

There was no bright light to burn away retinas

no sound even at first, but the mushroom

The rain was cold and drenching.

I could hear it clashing against the glass

windows of the building behind me.

The trees along the waterfront sloughed

it off in cascades, the rain,

leaving puddles of mud around

The mushroom grew in size

in slow motion I could see ships flying

away from the spreading shockwave.

Spectacularly, the shoreline near me

began to expand as the sea retreated.

There were starfish and becoming

I could feel the warmth coming at me,

faint but growing stronger every second.

One of the starfish was missing an arm.

The rain was reborn as a mist of fog,

then the clouds burned away.

I was still standing, watching the waves

approach with enough force to

knock me and a city off of our feet.

The wall of water ate me.

My lungs were full of the sea,

May they re-inherit this shoreline

now that mankind has reneged on the