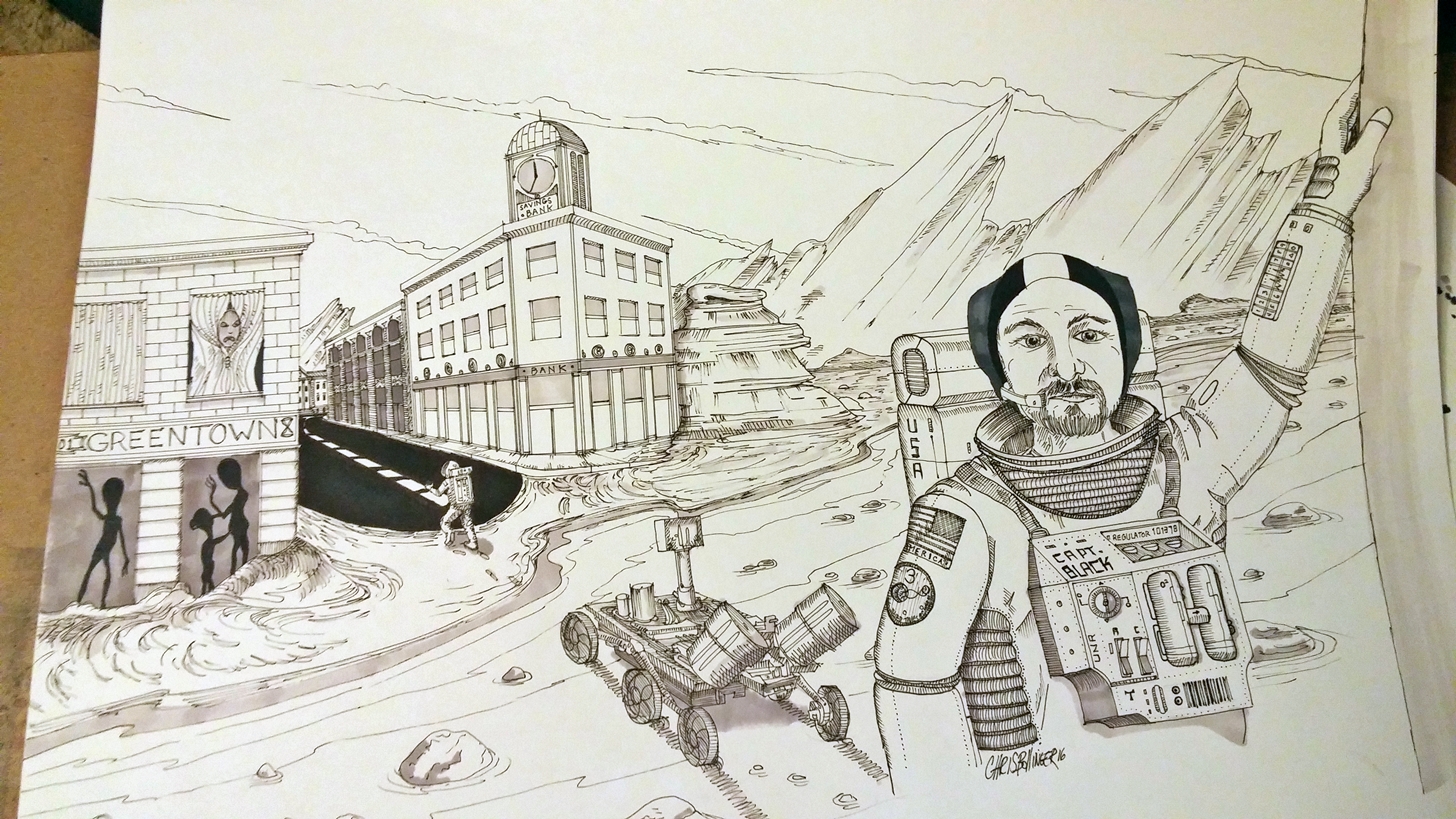 Ray Bradbury’s ‘The Martian Chronicles‘ is one of my favorite books. Composed by taking several of his short stories and interweaving them together to create a long-view version of humanity’s contact with and subsequent colonization of Mars.

Of the various stories, one of my favorites is the chapter titled ‘The Third Expedition,’ which was originally called ‘Mars is Heaven!’ The story involves a mission to Mars (the third, the others having been considered lost) wherein the crew discovers a Middle-American town on the red sands of Mars. The crew members begin to see their deceased loved ones, which somehow are populating the town. This being a Bradbury story of course means that nothing is what it appears to be.

I drew this illustration of Captain Black of the Third Expedition realizing that his mission will also be a “lost” one.

I started with a pencil under-drawing, followed by ink and shading markers. Captain Black is somewhat modeled on myself. The shadows of Martian inhabitants lurk behind storefronts growing out of sandstone.